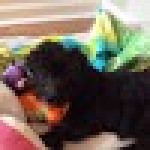 On September 4, Heritage suffered a loss to Arapahoe, losing 42 to 0.

Sophomore Abbey Swanson describes her thoughts on the game.

“I thought it was super fun, and I really liked how it felt like you were a part of a big community, and all of the cheers were super fun. Even though we lost, the vibe was super fun,” says Swanson.

Although it was her first football game, Swanson believes that the rivalry and the possibility of winning the milk jug as a trophy is a fun tradition.

“I really like Heritage. Compared to other schools, I feel like the student body is really connected here and we all participate a lot and that makes it really unique. We want to win so bad and we get more pumped up because of that, and that just ups the stakes,” states Swanson.

“I think the atmosphere was really good and that hasn’t changed very much,” describes Monroe.

Coach Tyler Knoblock, the head football coach, describes how rivalry games always are a great motivation for the team.

“We work year-round and it’s an intense time commitment and they want to be great football players and utilize the game itself to learn life lessons and become better people on and off the field. That is the driving motivation to a majority of our players and they work so hard at something. You’re always pursuing success,” says Knoblock.

Knoblock also describes how, although it was a large loss, it was still enjoyable.

“I think that if all you’re judging the game on is the scoreboard, then you’re missing a lot of the game. Arapahoe did play a good game, I won’t deny them that credit. Whether you win or lose by a lot or a little, the result is still the same. I’m obviously disappointed in the result and know that our team is capable of a better result, but at the same time, that’s how the game of football goes,” states Knoblock.