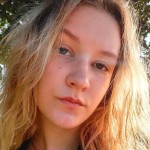 Witch Beam’s new game, “Unpacking”, was published by Humble Games on Nov. 2, 2021. “Unpacking” is a zen puzzle game that features unpacking boxes during eight moves from 1997 to 2018.

The main character in “Unpacking” is mostly unknown, but players learn details about her as she unpacks her belongings. The game starts with the main character unpacking boxes in her childhood bedroom in 1997 and follows her with every change, from moving in with her unbothered boyfriend to affording her own place, to eventually buying a house with her girlfriend and child in 2018.

“Unpacking” is designed to tell a story without words. The puzzle aspect of the game comes in at the end of every stage when any incorrectly placed items are highlighted in red, which alerts the player that an item should be moved. The main character’s belongings show players what is important to her, what she has been through and what her interests are. In many of the stages, she shows a strong interest in video games, with a Gamecube and a Nintendo Wii console repeatedly shown in familiar boxes. Photographs can be seen of the main character, first with her boyfriend, and then again later with her girlfriend and best friends. Over the course of the game, players can see new additions to the main character’s collection of art supplies. But the most important repeated item that is found in every home is her stuffed pig, which accompanies her through every stage and can be seen gaining the usual wear-and-tear as her beloved companion.

“Unpacking” is a fantastic game for many reasons. Not only is it wonderfully designed with every stage, room and item meticulously crafted, but it also includes representation for the LGBTQ+ community. The main character doesn’t default to having a male partner throughout the entirety of the game; instead, she discovers her sexuality and spends the rest of her life with a female partner. It is important for people to recognize that heterosexuality is not the default and “Unpacking” performs that duty in a wonderfully subtle way. “Unpacking” also provides stress relief. The music and art style is made to be relaxing and there is an option included in the accessibility settings that allows players to place items anywhere, which eliminates the puzzle portion of the game for a completely stress-free experience.

Overall, “Unpacking” is a magnificent zen puzzle game that allows players to take their time and enjoy a personal story. I would recommend “Unpacking” to anyone who enjoys other games such as “Stardew Valley” and the “Animal Crossing” franchise, as it is a relaxing indie game filled with pastel colors, soft pixelated images and pop culture references.